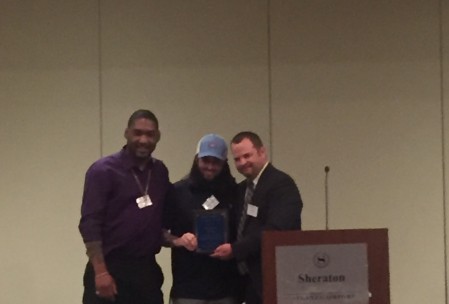 2017 Apprentice of the Year – Hunter Wall 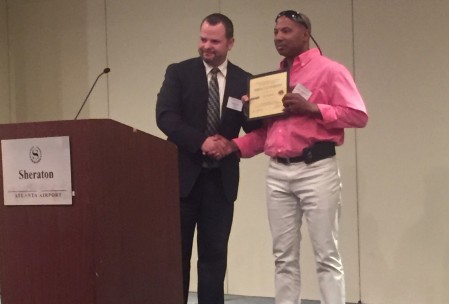 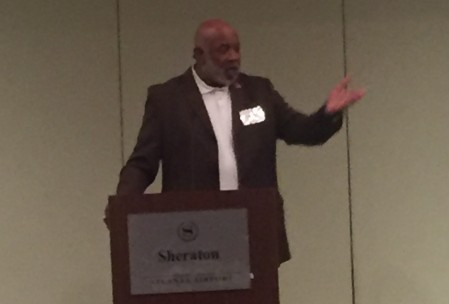 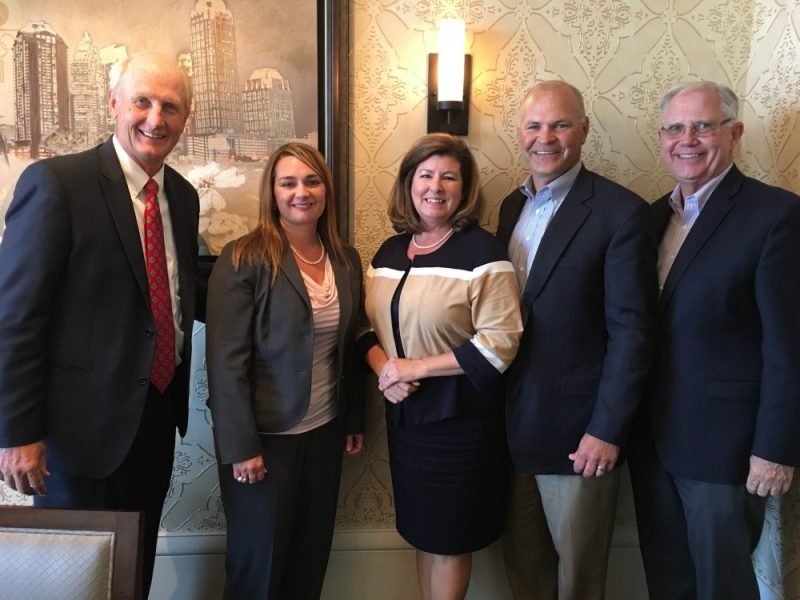 Georgia SMACNA would like to thank our lunch sponsor, Milwaukee Tools, and their representatives John Hodgsdon, Nick Biondo, and Matt Shultz for their presentation at our Membership meeting on January 20, 2017 at The Capital Grille, Atlanta, GA.

If any members would like more information about Milwaukee Tools and their products, Ginger Slaick can provide with you the appropriate contact information.

New Rules to Play by for Federal Contractors

The rules for federal contractors are changing. If you work with the federal government, you may have to comply with two new requirements—the new rules on “Fair Pay and Safe Workplaces” and “Establishing Paid Sick Leave for Federal Contractors.”

On Aug. 25, the U.S. Department of Defense, the General Services Administration, and the National Aeronautics and Space Administration (FAR Council) released the final rule implementing the “Fair Pay and Safe Workplaces” executive order.
The executive order calls for federal agencies to consider a contractor’s compliance with labor law as part of its responsibility determination when awarding procurement contracts for goods and services, including construction.

SMACNA encourages all members who do federal work to become familiar with the guidance and review and revise their internal practices in consultation with local counsel.

Project failures don’t just happen—they are deliberately pursued and captured. In a survey a building contractor was asked why he did not pursue highway jobs. He responded; “Because I have no experience in bridges I don’t get opportunities to bid on that type of work”. He was then asked if a customer wanted him to build a road would he oblige them and the answer was “Certainly”. When a successful road builder was asked why he had attempted a bridge project over a river that put him out of business he said he wanted to expand into that type of work. When a residential contractor was asked why he did not pursue commercial construction he replied; “I have no opportunities in that type of work because I have never done it”. When asked if he was invited to propose on such a project would he go after it? “Yes, of course. It would give me a chance get some experience in that kind of work.”

Many construction professionals, myself included, feel strongly that we can build or design anything. I happen to agree, however, the pertinent question is can we build or design it at a profit? Construction isn’t that hard. Construction at a profit is. The research is conclusive that projects within a firm’s experience tend to be successful while projects even modestly outside a firm’s experience have serious risks associated with them. The immediate argument arises: “How can I expand my business if experience is critical to success, and how do I get the initial experience?” This is a paradox of industrial proportion. There are undoubtedly more detailed answers, but my favorite is “Carefully”. The potential for risk in this case is not perchance, but very real and must be a driving factor in decisions of this nature. One guiding factor would be to take only riss that the company can afford. Another would be to solicit input internally and externally and then tread cautiously.

There is much to be said about managing or controlling losses, however, the end result of this research is that it is much easier to prevent losses than to manage them. The primary cause of hundreds of contractor failures were losses on projects the firm should never had undertaken because they had little or no successful prior experience with similar work. Many were on projects they were not remotely experienced with, but some were involved in disasters that were just slightly different than their prior experience. The bad news is that those firms are no longer in business, however, their struggles on thousands of projects provided us with a solution. It gave us a measure of the importance of experience broken down by categories which has allowed the development of an easy-to-use Project Selection Program.

The potential success of a project for a particular firm is exclusively dependent on the quality and quantity of the organization’s experience with similar work. The experience factors have been classified and statistically weighted based on the historic frequency and severity of their occurrence. The aspects that impact anticipated performances (risk) are primarily: size; type; location; performance team; owner; and also include unusual features, shape, and availability of room to work. These aspects have been measured and weighted to produce a numeric scale of potential risk. The issues considered include labor, skill levels, subcontractor quality/availability, estimating, owner expectations and others that impact the work. Because experience is accumulated institutionally, but captured individually, the number of members on a performance team with direct experience with previous projects impacts the likelihood of achieving estimated or improved performance. Unusual design elements such as circular, curved or angled walls, bridges, roofs, etc., outside the experience of an organization are risk triggers.

This new tool provides an accurate measurement of project selection risk based upon what is known or not known about a potential project at a given point in time and how well the project matches the firm’s experience. An excellent tool for contractors, subcontractors, owners and designers/engineers the Project Selection Program is free and can be downloaded at: www.SimplarInstitute.com/ProjectSelectionProgram

5% Construction Growth Predicted for 2017—Inside the Dodge 2017 Construction Outlook: Commercial and residential predictions

Lackluster growth in construction starts and spending this year has caused some industry experts to sound the alarm of an impending slowdown in the construction cycle. However, Dodge Data & Analytics Chief Economist Robert Murray attempted to quell those fears during the release of the much-anticipated 2017 Dodge Construction Outlook on Oct. 20 during the firm’s Outlook 2017 Executive Conference held at Maryland’s National Harbor.

Murray said during the event that he believes the industry is “moving into a more mature phase of expansion,” rather than entering a period of decline. He noted that the current construction recovery only kicked into high gear in 2012, well after the overall economy started to rebound. “This is a very measured upturn,” he said. “It’s not a boom.”

Murray predicted that the construction industry’s period of growth will continue into 2018, then a cyclical slowdown will emerge in 2018 and 2019. Despite the inevitable downward trend in the cycle, Murray noted that the slow nature of the recovery means that the subsequent decline will also be gradual. “We don’t have that boom and bust situation [that was] present in the past decade,” he said. “When the slowdown ultimately comes, it’s not going to be a repeat of what we experienced in 2009.”

He pointed to three primary areas of change that the industry should keep an eye on in the coming year:

– Growing support for infrastructure spending: Both presidential candidates have called for a major boost in funding for infrastructure, as the issue has gained widespread attention across the U.S. Murray said he views the public works sector as “one of the supportive elements for keeping this expansion going a bit longer.”

– Extreme volatility in the electric power and gas plant sector dragging down the overall picture: This segment of the construction industry has seen huge spikes and significant plummets in the past few years, with that trend expected to continue in 2017. Murray said the sector is so turbulent that he believes a clearer picture of the industry’s growth emerges when electric power/gas plant construction is removed from the equation.

– Impact of rising interest rates will not be immediate but significant in a few years: The Federal Reserve is expected to raise short-term interest rates once this year at its December meeting and twice in 2017, according to Murray. Despite the impending rate hike, he noted that the increases are moderate and will not impact the construction industry immediately. Murray predicted that interest rates will create “more of a dampening element by 2018, which will lead to a slowdown in overall economic activity in 2018 or 2019.”